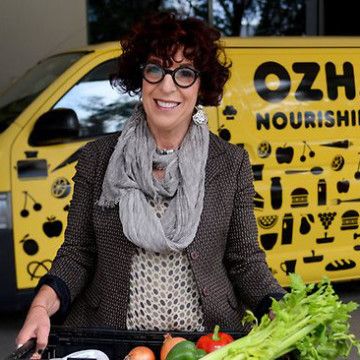 OzHarvest began when founding director, Ronni Kahn, decided that she was not prepared to be part of the waste cycle that is a natural outcome of the hospitality industry.  Being a part of this industry for over 20 years, she had seen a lot of food go to waste. So she spent time researching options for dealing with the excess food.  There was no organisation in Sydney that could collect the food on a regular and professional basis, so Ronni decided to set up a food rescue charity herself.

Ronni gained the support of The Macquarie Group Foundation which provided funds, and Goodman International which provided a van and office space, and OzHarvest was established and collected its first meal in November 2004.  In the first month of operation, OzHarvest delivered 4,000 meals to the homeless and underprivileged.  Now OzHarvest delivers 480,000 meals each month Australia wide, and has a fleet of 21 vans.

In the 2010 Australian of the Year Awards, Ronni was named Australia's Local Hero.  In June 2013, OzHarvest was awarded the prestigious United Nations World Environment Day Award in the Community Category. The award recognises the enormous achievements of OzHarvest and highlights the leading role it plays in the world with regards to sustainability.

We have never arrived. We are in a constant state of becoming.