OzHarvest began in 2004, when founding director Ronni Kahn decided that she was no longer prepared to be part of the waste cycle that is the natural outcome of the hospitality industry. 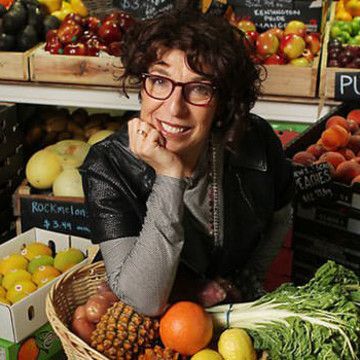 With over 20 years in the events and hospitality industry, Ronni had seen a lot of food wasted! After researching options for dealing with excess food, and realising there were none, Ronni decided to set up a food rescue charity by herself. With the backing of The Macquarie Group Foundation and Goodman International, OzHarvest acquired funds, a van and office space, and collected its first meal in November 2004. In the first month of operation, OzHarvest delivered 4,000 meals to underprivileged people in Sydney.

Now Australia wide, OzHarvest has a total of 15 vans and delivers 441,000 meals per month.

OzHarvest believes that good food should not go to waste. In fact, by distributing it to charities who support disadvantaged people, excess food is turned into a resource to feed those in need, while saving thousands of kilograms of food that would normally end up as landfill each year.

For more interesting facts on food wastage and to find out how you can help prevent the problem, go to www.ozharvest.org

You were never given a dream without also being given the power to make it come true.